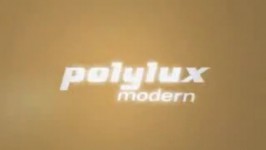 Back in 2003 I bought a ticket to something called „The Angel Project“. This was a theatre installation piece by Deborah Warner. This „journey“ was part solo scavenger hunt and part spiritual quest.. but not in a traditional religious manner. It blew me away and I still think back on the experience. This started my brain thinking about the bridge between reality and alternate reality. And then a year later I read an article about I Love Bees in the New York Times. I quickly found myself reading everything I could find on these games called ARGs.

Yes. I love playing ARGs. I lurked for months and months and then finally played a game called Zoe’s World. My favorite games to lurk and play, so far, have been Rookery Tower and QU13E. There have been many others that I played that sadly imploded. And I’m a constant lurker.

Sammeeeees, Sammeeeees II for ARGs. I’m also a writer for LG15, but that’s not a game. It is an interactive show.

I have two favorites. I really loved Rookery Tower. I thought it was such a great combination of good storytelling and puzzles. I also think Saevitia did an amazing job at creating a community of players with the design of the game. My second favorite would be a game called QU13E. I still find the world of Splinternails and Oboenai and Sparkrent haunts me and wonder about what was real and not real in that universe.

There are so many things that have happened during Sammeeeees and Sammeeeees II. The most unusual was the night that I honestly think a ghost took over my computer when I was trying to post a Mildred Harnack séance. She was calling out to Elbert Benjamine. We had just shot the video and I believe we may have actually called his spirit out from the „other side“. As I attempted to post the video, the vid kept posting with a double image and then after I finally got the image to post correctly the audio had this strange echo and this extra whispering sound. Wendy Way and Susan Conner (Mildred Harnack) were both with me and they got so freaked out they ran out of my apartment.

When I lost my Dalton Trumbo actor and had to quickly rewrite my „Trail of Tears“ chapter of Sammeeeees. It was a nightmare. The actor got a gig and had to leave Los Angeles on the same day he was to have a Dalton Trumbo event. It still makes my stomach flip.

My quickie explanation to friends is usually, „ARGs are stories that interact with and are created by a community of players.“ If someone is really interested, I will then explain the gaming elements and how the story bleeds into the real world. I have tried to explain ARGs to my Mom in so many different ways. She always nods and smiles and says, „Well, I have no idea what you’re talking about, but I’m glad you’re having fun.“

STORY!!! I think the design of the game should encourage the community of players to work together to uncover that story. And I think that, if they are willing, it is wonderful to have the players become a part of the story.

From my ARGs I would have to pick Nedd Ludd. I love Nedd. From other ARGs.. I would say the mysterious Splinternails.

I am still hard at work for Lonelygirl15. I am also developing a series for television that will, fingers crossed, embrace this idea of cross media entertainment. And I have an indie ARG project I’ve been working on for like a year that is very, very experimental.

I loved all the puzzles with QU13E. Great combination of off-beat reasoning and gorgeous artwork. And from my own games… I really loved all the Sammeeeee game nights.

„Where are we?!“ and „onwards and upwards“. I use big boards to organize my characters and story.. so I’m constantly running around my living room and checking my boards and yelling, „Where are we?!“ And whenever things get a little or a lot frazzled, I shake it off by simply saying, „Oh well, onward and upward.“ That phrase somehow makes me feel like everything can be managed.

I have never wanted to give up anything, but I did panic before the launch of Sammeeeees. As excited as I was for my first game to begin… I really freaked out after I sent out the five boxes. And I must admit that, while I waited for the boxes to be posted to Unfiction, I caught myself whispering, „You’re insane. This is insane.“ I have come to realize that the panic I experienced was really a big part of the fun of being a puppetmaster.

Not really. Although the disc and the snake (from Sammeeeees) were a ton of work and fun for me to create, I couldn’t wait for the players to have them.

I can tell you what I hope for ARGs. I hope we have more and more indie puppetmasters. I think there are so many possibilities with this art form that need to be explored by artists.

Thank you very much, Jan, for taking the time to answer our 15 questions. We hope, that we can get in touch with more of that great works you are doing. (Vielen Dank, Jan, dass du dir die Zeit genommen hast, unsere 15 Fragen zu beantworten. Wir hoffen, dass wir noch viele deiner großartigen Werke erleben dürfen.) 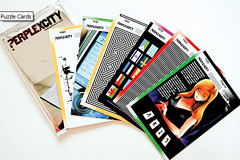 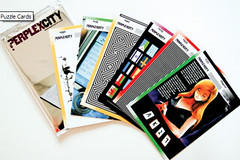 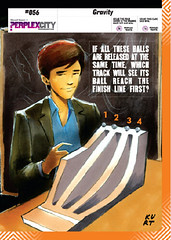