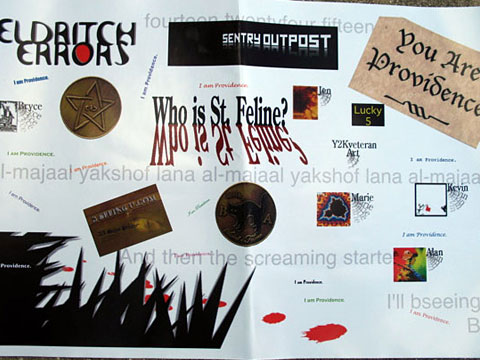 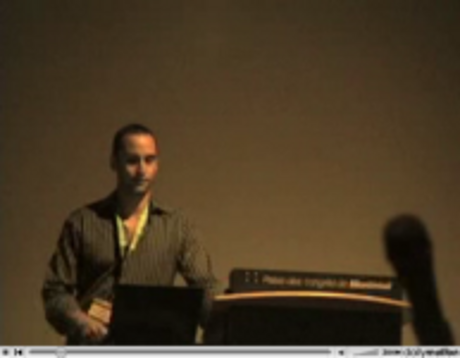 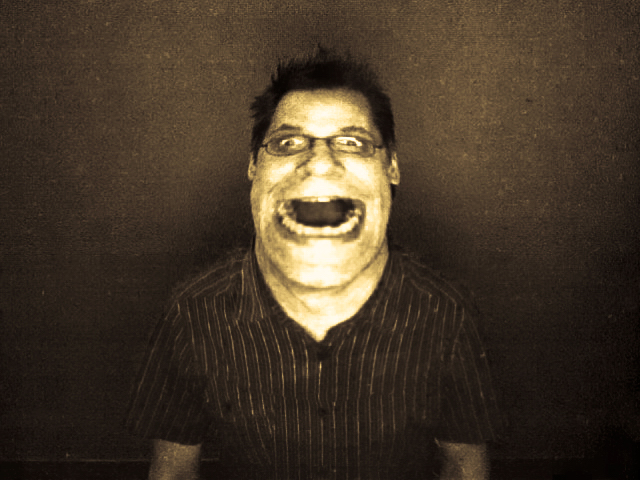 I’ve been practicing interactive narrative for quite awhile, so I aware of ARGs. I didn’t really become intensely interested in the community until they started showing up in a narrative about puzzle solvers we were doing for Sharp (“The Legend of the Sacred Urns”) and calling us “puppetmasters”. So in a way, since we had never had such obvert gameplay in our narratives, we’d never been branded as ARG developers before, but the similarities in perspective were incredible.

You could say I was a casual lurker of Bees. Long before that, my staff and I got mildly addicted to an early interactive piece called “The Rift” that Vivid Studios produced for Silicon Graphics in the mid 1990s and ended up being the poster children for “those crazy Internet people” after we started building bots to watch for puzzle updates.

I was one of the concept developers and creative leads for “The Legend of the Sacred Urns” for Sharp, “The Art of the Heist” for Audi and “Who Is Benjamin Stove?” for General Motors. I was also part of a collaboration last year called “The Voice” that was decidedly ARG-like but turns that metaphor on its head.

I’m not big on picking bests. I don’t think “the perfect ARG” has been made yet, my own work included. So, honestly, when I think about the canon of work in the space title by title, the first thing that comes to mind about each one is some fascinating aspect of the work – Bees for loose collaboration, Regenesis for cross-media integration, Perplex City for productizing, Heist for real-world immersion, etc.

Lou will always be infamous for hiding in a porta-potty (will German’s even know what that is?) from Nisha during a Heist live event.

I tend to keep it pretty brief in order to avoid confusion, something like, “they are interactive stories that the audience participates in together that unfold in real time”. In general, most of my family and friends already think of me as a “mad scientist” so the reactions aren’t that different than normal.

It all really starts with a deep immersive narrative. Assuming you can muster that, then to be a really great ARG it needs to be a narrative that the audience influences and leaves their fingerprints all over … and needs to accomplish that by giving the audience something to do together. Flexible storytelling with meaningful activity.

My answer is pretty obscure! In “Who Is Benjamin Stove”, the main character (Tucker Darby) has to deal with, among other things, his technologically-impared but socially-precocious mother. “Tucker’s Mom” was a recurring character in the community boards penned by Brooke Thompson with deliciously ironic … and then later heartbreakingly sincere … complexity.

Mad scientists tend to be a little tight lipped! We have a couple of projects in the pipeline that roll out this winter that I can talk about abstractly. The first is really an experiment in changing the way sponsors work with large corporate games in the U.S. by creating a persistent ARG platform that has regularly occurring episodes: rather than the ARG ending after a few months, instead there is always another episode just around the corner. The second involves a new approach to structuring ARGs that we’ve been playing around with that adopts some of the principles of object oriented storytelling with all that entails: objects and locations driving the storytelling framework, one where you grow to understand the owner of the objects and the locations they personalize. The two are quite different in texture and goals, but share the desire to stretch the fabric of traditional ARGs.

Surprisingly, I’m not a huge puzzle geek. What I tend to remember are the meta-narratives of the audience’s experience solving those puzzles.

We have a few mantras we’ve developed over the years. One of them is “how do we create more player agency?” Narratives on tight linear rails are rarely satisfying in immersive stories – the audience should rightly feel the narrative wouldn’t have unfolded at all without them. Another is “it’s working when the audience is entertaining themselves”.

That’s never more than a passing thought, really. Most of the time, when an ARG is live, the entire structure has a certainly among of looseness, constantly be re-written and explored and brainstormed, often in reaction to audience speculation. So in one way, you give up little things and change little details constantly … and remind yourself not to give up the big things. 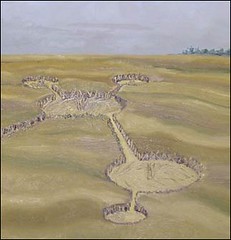 We bickered and squabbled as a team during Stove about the actual crop circle painting. It became a joke internally about rewriting the story so that it didn’t go out. But it had to for the story to be complete as a journey.

I think it is potentially a label in flux. It describes one set of ascribed rules for immersive entertainment, but at the same time is one of the principal conceptual breeding grounds for some unique concepts inside that bigger playground. Part of that concept is “collective intelligence” which is a collaborative model. Another part is “flexible narrative” which is a storytelling model. Another part is “platformless gaming” which is a counter-culture appropriationist movement. There will be continue to be a huge variety of experiments in immersive entertainment, and some of those experiments might stretch the strict definitions of ARG to the bending or breaking point while still ringing true to the DNA which emerged in this space.