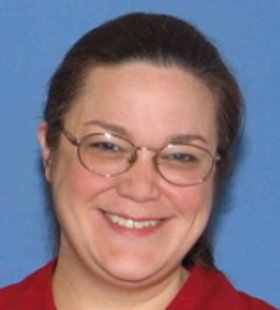 In 1994 I discovered Usenet. Back then, there were few enough newsgroups that you could browse through them, picking out the ones that you wanted to subscribe to. Being a Pink Floyd fan, I subscribed to alt.music.pink-floyd. I soon got caught up in the mystery of Publius Enigma, which has been stated by some to be the first ARG. It’s still unsolved (and abandoned) after 13 years, by the way.

In 1999, I was a devout lurker on the Blair Witch Project. The amount of back story and mythology the creators made was really inspiring. I was really tickled at the alternate history that they created.

In 2001, I was a beta tester for Majestic, and following links about games of that nature eventually led me to the forums at ARGN.net. I remember being thrilled with the little trail that accompanied the movie The Ring. After my daughter was born that year, I lost my bookmark for ARGN and spent quite some time trying to remember what the name of the genre was called. Finally, someone on another board pointed me in the right direction in the summer of 2003, and I’ve been rooted to the spot ever since.

I discovered the original Chasing the Wish during its last month, so never got to play it, much to my regret. At that time, just about all the ARGs were grassroots and the puppetmasters would wait until one game was done until they launched the next one. These days we are blessed with an abundance of games! In any event, I anxiously awaited the launch of Acheron in late ’03 and devotedly played through its end. I even helped out behind the scenes a bit.

I was also active as a player in the first half of Last Call Poker, as well as the entirety of Who is Benjamin Stove.

I helped behind the scenes with Acheron, writing the journal of a minor character. In 2004 I worked on Dread House, where I mainly played Amanda Graves/Ed Vargas. I also did some web design and other incidental writing and graphics work. In 2005 I was involved in ARGTalk, playing Suzee Jones, A Fan, and ScaryClown, and I even managed to write a few puzzles. Later in 2005 I worked on Omnifam, where I wrote a blog and some articles about Hylie Atkins. Finally, in 2006 I worked on Catching the Wish, where I played the role of Sarah Wyatt. Of course, in grassroots games all the puppetmasters tend to be jacks of all trades and roles are not set in stone, so there’s a lot of overlap in terms of who does what.

Gosh, I don’t think I could pick a favorite. There are just too many well-made games out there to single any out. My preference is for games that have a degree of realism, where I can close my eyes and imagine that I really could be part of the story. I love the blur.

I’ve had some really wonderful experiences playing different characters. At ARGFest in 2004, I met Dread House player Pixiestix, who was wearing a shirt that said „I helped kill Ed Vargas,“ which I thought was hilarious. There have also been some really wonderful conversations with players both in character and out. When I’m writing characters, I become so deeply involved in them that for a long time afterwards, it’s hard to let them go. In some ways I become as immersed, or even more so, than the players. And that’s nice – to have that little escape from my own life.

There was one time during Dread House that one of our web hosts became compromised and the hacked home page had this awful picture of dead bodies on it. After the host regained control of the server, to add insult to injury, they didn’t restore the prior index pages and the directory was browseable, so players were able to see some stuff with my real name on it. Not only were we hacked, but I was outed in one fell swoop.

This has got the be the hardest thing about the genre – trying to explain it to others. Usually I’ll tell them it’s like playing a murder mystery, only online, and over weeks or months rather than hours. Anything further and their eyes tend to glaze over.

Flashy websites are nice, oodles of live events are nice, something in the post every day is nice, but the ARGs I’ve enjoyed most always have a good story.

Beyond that, some innovation is good to have. There are a million ways to tell a story and there are so many untapped resources out there. It’s nice to see someone blaze a trail and do something that makes the audience’s eyes widen.

I loved Tucker Darby from Who is Benjamin Stove. Jim Gunshanan has a wonderful writing style and he’s truly a joy to read and interact with.

The one thing that I can tell you about is that I will be involved in World Without Oil, coming the end of April. This will be a serious game (about an oil shortage) that will allow the audience to collaborate in the story and influence its direction. I think it’s going to be really exciting! Otherwise, my lips are sealed.

You know, I’m really not very good with puzzles at all, so a lot of the time I just ignore them and let the puzzlers have their way with them.

Sometimes I lose sight of the fact that I’m making a game because it’s fun to make. I’ll find that I’m getting too caught up in the politics or tiny details and losing sight of the big picture – that we’re here to have a good time. Once I remember that, everything magically falls back into place.

At one point during Dread House when tension and tempers were high, I spent a long time devising a puzzle that required the players to make origami cranes. I must have had 20 cranes lying around the house in various states of disrepair, and I was getting frustrated at the paper, myself, the printer, the PDF conversion, everything. So I sat down and told myself that this was supposed to be fun, so it was time to make it so. One of the peripheral characters in the game was known for shredding pieces of paper and leaving it in piles underground. I took a couple of cranes and tore them into little pieces, piling them up on the ground. Then I posed some more cranes around the carnage in a menacing way. Deciding it wasn’t gory enough, I splattered red food coloring on everything and took pictures.

The other PMs told me that I needed to get out more. But it was fun, and I still smile about it today.
13) Do you remember a situation, in which you wanted to give up anything? What happened?

No, not really. I think I’d stick through just about anything to the bitter end.

Not personally, but I was pretty jealous of the players that got the masks in Catching the Wish.

Ah, for a crystal ball. I see the trend of audience interactivity continuing. Whether ARGs, as they’re known today, will be around in five years, I don’t know. Considering that there has been a steady rise in games since 2001, I’ll venture to say that it’s an art form that will be around for a while. Will there someday be a successful ARG for ARG’s sake model? No idea. But as far as the commercial models out there now, I think that marketing is doing very well with it, and I hope to see it continue and expand into other arenas soon.

Thank you very much for taking the time to answer our questions.