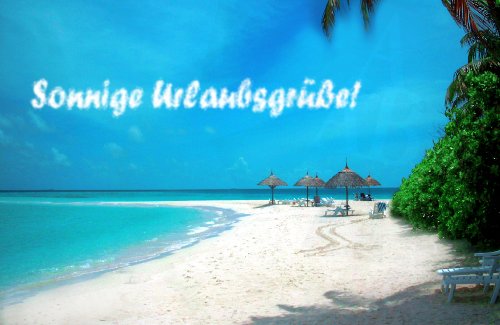 This February, Vivien Pastiof reported back – at least with some written lines on a postcard. Many will remember her from theAlternate Reality Game Final Mill, which went live a year ago in February. After the ARG was over, she went away to get over and recover from all the past events that had happend throughout the Alternate Reality Game. Therefore she went to a secret place somewhere on the other side of the earth to recover in secrecy.

Everybody was happy to hear from her, especially the ones that had gotten her postcard with the „Sunny greetings!“ on it at the beginning of the year.

In addition to those greetings, Vivien was happy to hand over two surprises to the recipients. One of those surprises was theSunny Side of the Lane. The other one was waiting for the players at the end of that lane.

The Sunny Side of the Lane is a puzzle-trail where you have to solve a puzzle in order to get to the next one. The puzzles will be taken from all levels of difficulty so there will be easier ones and some of them are really hard even though sometimes the solution is right in front of you.

The puzzles of the Sunny of the Side Lane will have links to the story of the Final Mill ARG, but that doesn’t mean that you have to have played the ARG to be able to solve all the puzzles. Quite the opposite is the case. While solving the puzzles you’ll get some impressions of what the Final Mill ARG was like. And you can dig deeper into these impressions, when you will have a look into the Player-Wiki or the ARG-Reporter Forum. Both were kept up to date by the players.

While some of the puzzles are easier than others, there may be a few of them where you seem to be unable to move on. In that case you may want to contact other players at the ARG-Reporter-Forum, where nobody wants to spoil you but everybody is really helpful. All puzzles are currently available in German only and we don’t know whether that will be changed or not.

If you made it through all of the puzzles, Vivien is waiting for you at the final stage. She has the second surprise for you in form of a Download-Link. We are not going to tell you, what is waiting for you behind the download, since it shall stay a surprise 😉 The only thing is, that it is of course in German (like to players recources, too).

Our tip: Take it with you to the beach and listen to it there.