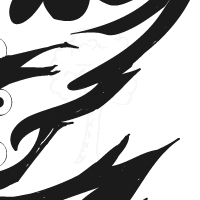 During the last days and weeks more and more people reported that they had received large envelopes in their mail boxes. In these envelopes they found data sheets of different persons that had been tested on paranormal abilities.

These data sheets included analytical reports of the test candidates, different brain- and awareness-tests and a filmstrip that looked like it was taken at one of those test-sessions. Furthermore there were encrypted and handwritten post it notes on some of the documents, that lead to the website Die-Zeit-Wird-Knapp.de, where a strange green image was shown as well as a countdown.

The countdown will end tomorrow evening at 6 p.m. German local time, but what will happen then?

A lot of people are already gathering at the freshly set up PatZner-Forum where they discuss the patients‘ data sheets, possible new hints (e.g. the emails that some of them received over the weekend) and the what is it all about. And a  Wiki is there, too.

So let’s see what is going to happen tomorrow evening.